Wake Forest University received more than $112 million in gifts and commitments between July 1, 2016 and June 30, 2017. This is the third time Wake Forest has surpassed the $100 million fundraising mark in a single fiscal year since beginning the Wake Will campaign. More than 59,000 donors have collectively invested more than $700 million in students, faculty and capital projects.

Wake Will Lead: Why it matters 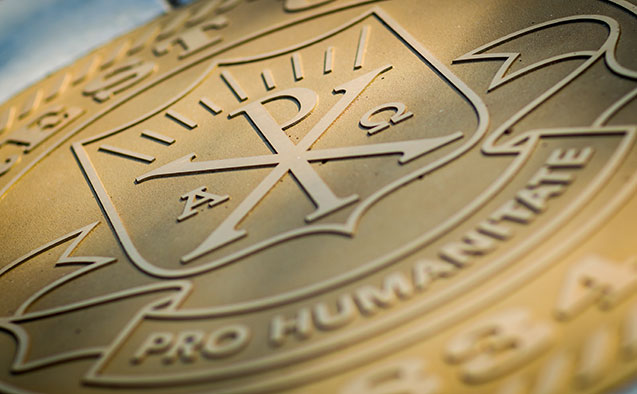 From scholarship recipients to professors to coaches, the impact of Wake Will Lead extends across the University. Click here to read what a few Wake Foresters are saying about how the campaign has made a difference for them.

In 2016, the University surpassed its original $600 million fundraising goal two years ahead of schedule. The Board of Trustees extended the campaign and set a new goal of raising $1 billion by 2020 to support the University’s mission.

“Our future relies on Wake Foresters prepared to lead in moments mundane and monumental,” said Wake Forest President Nathan O. Hatch. “So many have stepped forward this year to generously support Wake Forest.”

Wake Will Lead Campaign milestones include:

Wake Will Lead has fueled impressive momentum for the University:

Wake Will Lead: Why it matters

From scholarship recipients to professors to coaches, the impact of Wake Will Lead extends across the University.

“The scholarship the school provides for me allows my parents to sleep at night and it allows me to continue my worry-free progression at a rigorous institution.” - Byron Goode, senior, Charlotte, N.C., Magnolia Scholar
“The Presidential Chair was instrumental in my decision to come to Wake Forest. Not only does it generously support my teaching and research, more importantly, it demonstrated to me the great commitment Wake Forest and the business community have to investing in the field of analytics.” - Jeffrey Camm, Inmar Presidential Chair of Analytics, School of Business
“The support of Wake Will has opened up a world of opportunity that I had never previously envisioned. While I always dreamed of being a physician, Wake Forest helped me discover that I could be a healthcare leader.” - Sarah Rudasill (’17), New Oxford, Penn., Stamps Scholar
“The Shah Basketball Complex creates an incredible advantage for our program. Thanks to Mit’s continued leadership and generosity, we’re going from one of the oldest and least efficient facilities in the ACC to one of the very best in the country.” - Danny Manning, Men's Basketball Head Coach
“Out of all the schools I applied to, Wake Forest was the only one that had a program for first-generation students. It was surprising to see how much they had offered me in scholarships, too.” - Alex Reyes, senior, New York City, Magnolia Scholar
"Being named the William T. Wilson, III Presidential Chair for Business Law is a great honor. The Chair is a testament of the natural generosity of Bill Wilson — and thus inspires me to seek to be generous. It is an invitation to reflect on the two-edged relationship between business and law — and thus encourages me to continue challenging my students to notice and think about this." - Alan Palmiter, William T. Wilson, III, Presidential Chair for Business Law
“Because of this incredible generosity I have been given opportunities to help me grow academically, personally and find my passions. I have taken classes and been a part of clubs, programs and study abroad experiences that have let me travel the world, meet inspirational heroes and leaders, and find the leader within myself.” - Eugenia Huang, senior, Cary, N.C. Gordon Scholar