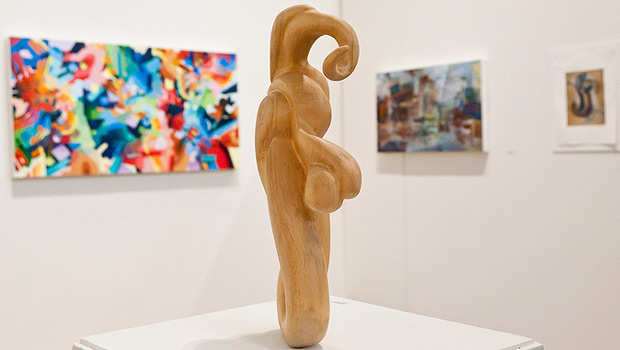 Arts and humanities are naturally woven into academics at Wake Forest. From a concert to promote environmental conservation and a student art buying trip to a Musicircus and an interdisciplinary symposium on biotechnology, students enjoyed opportunities to learn through a variety of lenses during the 2012-2013 academic year.

In the last academic year, more than 500 Wake Forest students were directly involved in performances on campus, and 110 public exhibitions in theatre, music dance and visual arts held in Scales Fine Arts Center.

For 10 years, Wake Forest and Reynolda House Museum of American Art have worked together to form academic connections – a relationship that showcases how a liberal-arts education mindset joins knowledge and resources in surprising ways. “Exchange mates,” a story in the Winston-Salem Journal covers the many ways Reynolda House supports the work of students and professors.

Forty years from now, the world’s rainforests may be gone and with them our chance for a stable environment. Wake Forest’s JAMAZON, the first of six Secrest Artist Series events, celebrated creative minds from biology to music to history to English to show that real, sustainable change means engaging non-scientists, too. 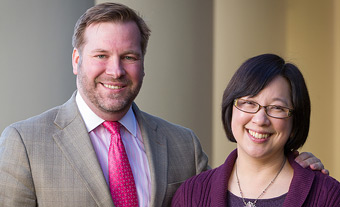 Wake Forest graduate Wade Murphy (’00) donated $1 million to support the Humanities Institute, extending the reach and impact of humanities and the liberal arts. Murphy’s gift allows the Humanities Institute to continue to foster interdisciplinary scholarship and explore creative ways to use knowledge to solve real-world problems such as exploring the important connection between story-telling and medical care for breast cancer patients and hosting discussions on the ethical and religious intersections of biotechnology and technological advances.

A new Interdisciplinary Performance and the Liberal Arts Center (IPLACe) supports projects combining performing arts with other academic disciplines. To celebrate the centennial of composer, writer and artist John Cage’s birth, Wake Forest hosted Cagefest, a series of interdisciplinary events highlighting Cage’s many talents. As part of the event, the Z. Smith Reynolds Library hosted a free-for-all community Musicircus in the atrium. What’s a Musicircus? Watch the video.

Film at the Forest

Winston-Salem has become a hot spot for North Carolina’s thriving film industry. And from a student-run film festival to a graduate program in documentary film to an undergraduate film studies program, Wake Forest is part of the action. Documentary Film Program 2013 graduates Sam Smartt and Chris Zaluski were interviewed on CBS This Morning to talk about their award-winning documentary “Wagonmasters” — a film on the rise and fall of the classic station wagon. They were also featured in the New York Times, “‘Wagonmasters’ Celebrates the Classic American Dream Through Station Wagons.” “Wagonmasters” was awarded second place at the 34th Annual College Television Awards. The nomination marks the fifth time a student film supervised by Wake Forest’s Documentary Film Program faculty has been recognized by the Emmy nominating committee.

Finding the next Picasso

Over spring break, seven students visited art galleries in New York City to select works of art for the University’s Student Union Collection of Contemporary Art. The buying program, believed to the only one of its kind in the country, has occurred every four years since 1963. The “Hunt for a Legacy” was covered in the Winston-Salem Journal. Wake Forest Magazine’s story, “Work of Art,” features more about the exceptional quality of the art students have purchased. To learn about J.D. Wilson (’69) who participated in the third University art-buying trip as a senior, read “A life ‘intertwined’ with art.” 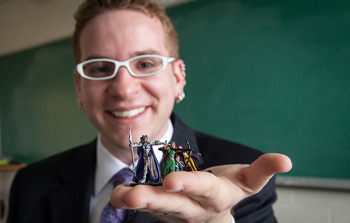 After participating in a Teaching and Learning Center interdisciplinary book club discussion, Latin teacher Ted Gellar-Goad decided to apply what he learned and try something new. In his Latin composition class, each of his students chose a character from Graeco-Roman myth, wrote spells, mapped dungeons and earned experience points to gain levels while they learned to write Latin. It was all part of a semester-long journey based on game theory.

Student groups came together to showcase the “Big Tent,” encouraging their peers to think about diversity and identity through art. The project was part of the University’s year-long Faces of Courage celebration commemorating the 50th anniversary of integration. Learn more about diversity on campus.